Raúl Prebisch and the challenges of development of the XXI century 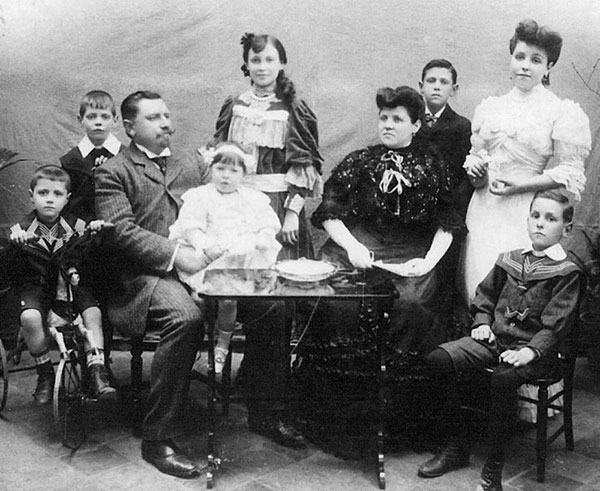 Prebisch was, by and large, a product of what is referred to as the first globalization: his father was a relatively highly-educated German immigrant and his mother the impoverished descendant of a local aristocratic family in the north of Argentina. During his childhood, he witnessed both the opportunities of his time and the poverty and injustices of an archaic, albeit dynamic, periphery.

Prebisch developed very early a powerful vocation to devote himself in a professional capacity to the modernization of his country.

He moved to Buenos Aires in 1918 to study economics, but, disillusioned with the poor quality of the tuition, opted to study on his own, seeking to satisfy his thirst for knowledge outside university circles. 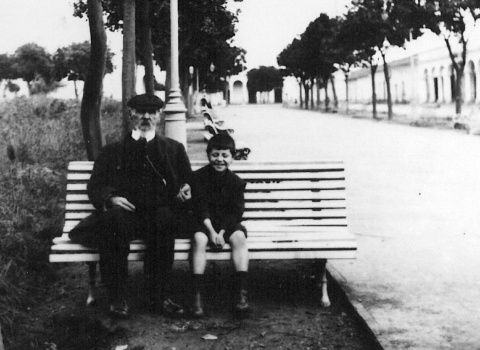 Already famous for his outstanding, penetrating analyses, he led discussion groups and headed a journal; he was also commissioned to conduct studies by the Argentine Rural Society.  His professional life soon gave him an insight into other realities, including those of Australia, Canada, the United States and Europe, which opened up his horizons considerably. He then began to work at the Banco de la Nación in Argentina and to edit the Revista Económica published by that entity.

Despite his training grounded in the principles of free trade and the gold standard, he underwent a radical shift in outlook following his experience at the Banco de la Nación during the crisis years and the depression of the early 1930s and now advocated strong intervention by the State as a promotor of development.  The Central Bank of the Republic of Argentina, set up in 1935 was, to all intents and purposes, his personal creation and enhanced his prestige across the continent.  Thanks to his work in the Government, he also gained his first experience in working towards regional integration.

Prebisch's vocation as a technocrat enabled him to act in the sphere of the State notwithstanding major changes in political leadership and forms of government, which made him the target of many criticisms.  The situation became even more difficult during the Second World War, because of his pronouncements in favour of the allies and the distrust towards him at the start of the Peronist Administration due to his role in earlier conservative governments. 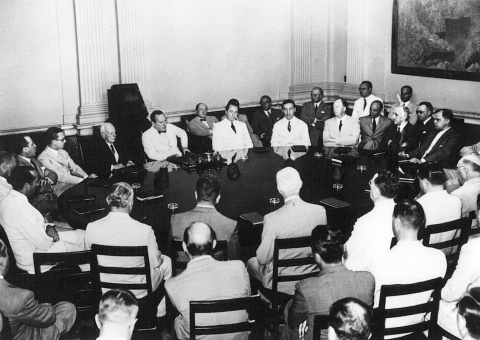 His estrangement from the Government meant that he was able to accept invitations from various other Latin American countries, Mexico in particular, which in turn enabled him to complete his work of shaping a more comprehensive vision of the situation in Latin America.  In 1949, he was hired by the Economic Commission for Latin America and the Caribbean (ECLAC) to draft the first Economic Survey of Latin America, which was to become one of the Commission's annual flagships. This first report, presented in Havana under the title The Economic Development of Latin America and Its Principal Problems came to be known as the "ECLAC Manifesto".  In it, he articulated the centre-periphery concept, which aroused great interest and controversy internationally. 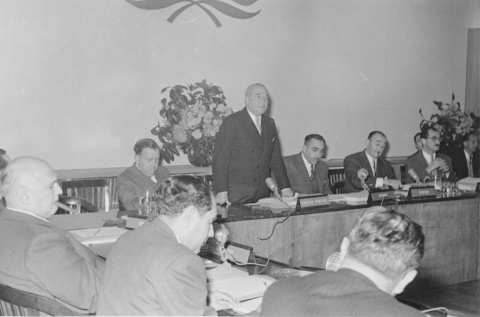 His work at CEPAL

Prebisch headed ECLAC from 1949 to 1962, transforming it into a centre for disseminating ideas on global development.

His work at ECLAC was interrupted by a brief and politically infelicitous return to Argentina in 1955, at a time when the so-called "Liberating Revolution” put an end to the Peronist project.

His reinstatement in ECLAC occurred at an inauspicious time for the progress of the ECLAC project, but the election of J.F. Kennedy as President of the United States and the promotion of the Alliance for Progress once again placed the ECLAC development strategy at the heart of the region’s political agenda.  Prebisch was then commissioned to coordinate a group of experts in Washington in order to promote the Alliance's ideas, but the initiative proved to be impractical and unsuccessful and he subsequently renounced his role. 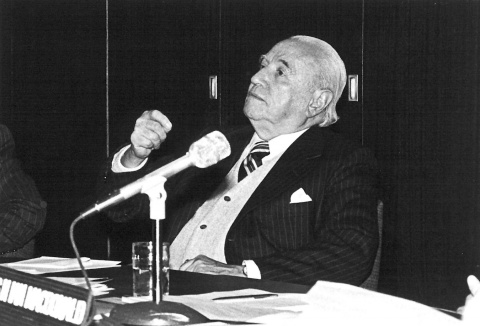 The creation in 1963 of the United Nations Conference on Trade and Development (UNCTAD) opened up a new career opportunity for Prebisch; this international agency was formed largely thanks to the achievements, ideas and impetus of ECLAC and enabled him to forge an international profile for himself.

While UNCTAD did not achieve any outstanding successes, for the first time, it was possible to coordinate the actions of a broad group of developing countries, thus strengthening their bargaining power in international forums and enabling them to denounce more forcefully the constraints of the General Agreement on Tariffs and Trade (GATT), whose provisions operated predominantly in favour of the developed countries.

In 1968, at the end of his stint at UNCTAD, he settled in Washington, D.C., where he led a committee of the Inter-American Development Bank (IDB) on Latin America and wrote a seminal paper entitled Change and Development: Latin America’s Great Task, which focused on the difficult domestic barriers facing the countries of the region. 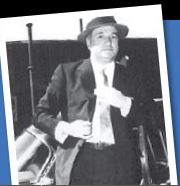 His return to ECLAC

During that period and up to the mid-1970s, he remained at the head of the Latin American and Caribbean Institute for Economic and Social Planning (ILPES), a research and training body with some degree of autonomy, which was created in 1962 within the ECLAC structure.

The year 1976 saw the culmination of Prebisch's work as a highly dedicated manager and the start of a period of deeper reflection as Director of the CEPAL Review, a position he held until his death on 26 April 1986 and which he used as a base for promoting research and for publishing numerous articles of his own authorship.

Prebisch sought constantly, throughout his life, to combine research and action. He was an institution-builder and a prolific writer. His studies run into the hundreds and his national and international institution-building initiatives into the dozens.

His legacy cannot be overemphasized and very few Latin Americans have had a greater impact on the life of the continent and the world as a whole.